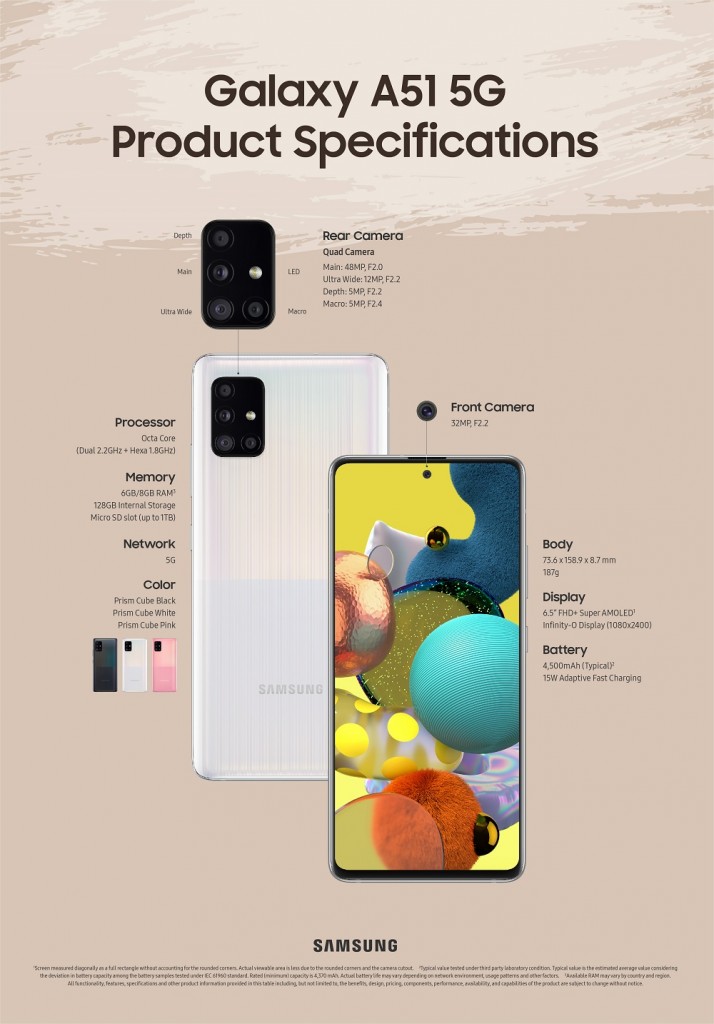 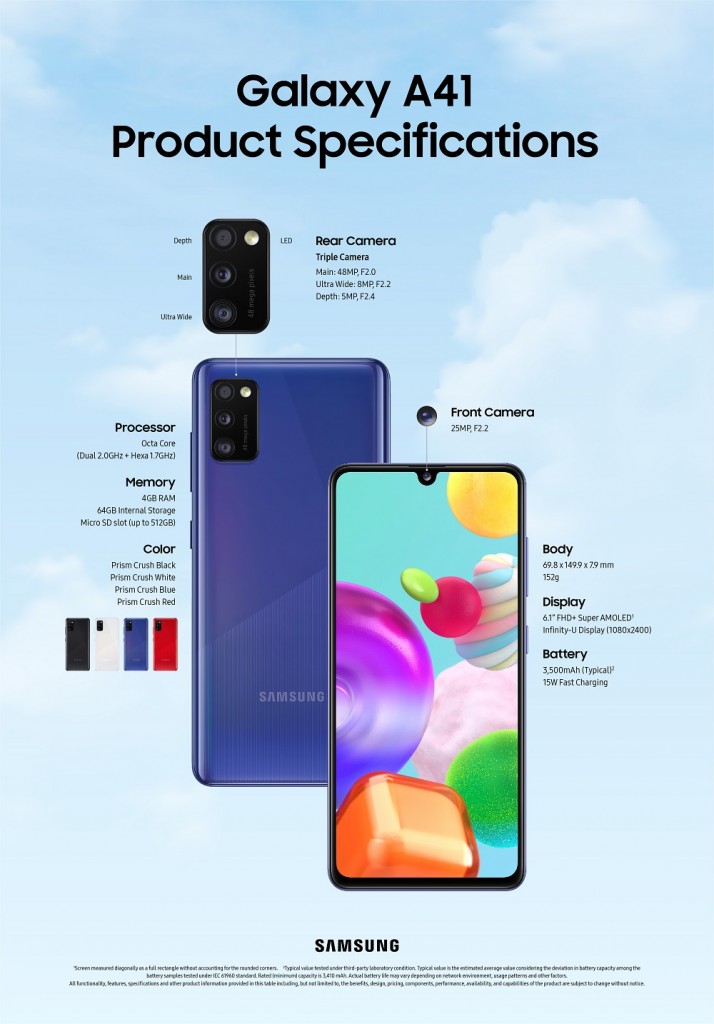 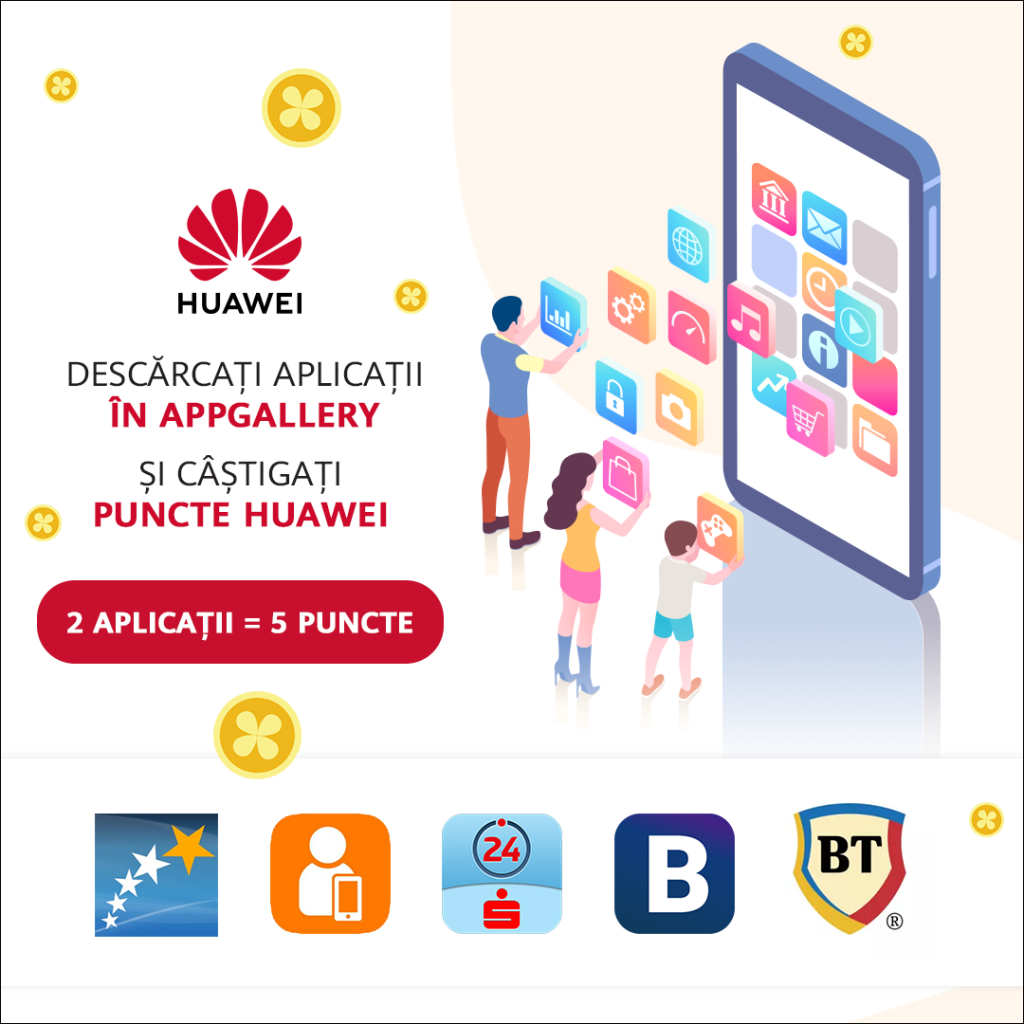 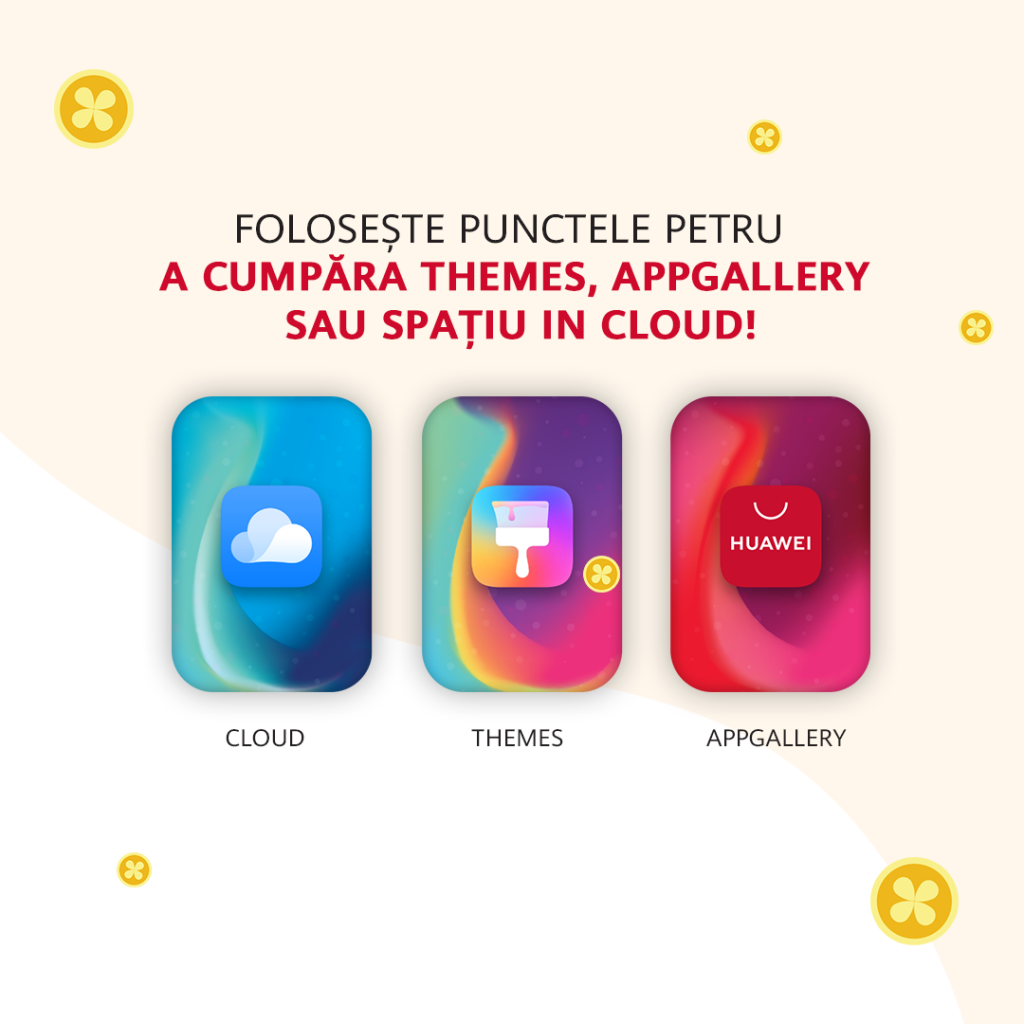 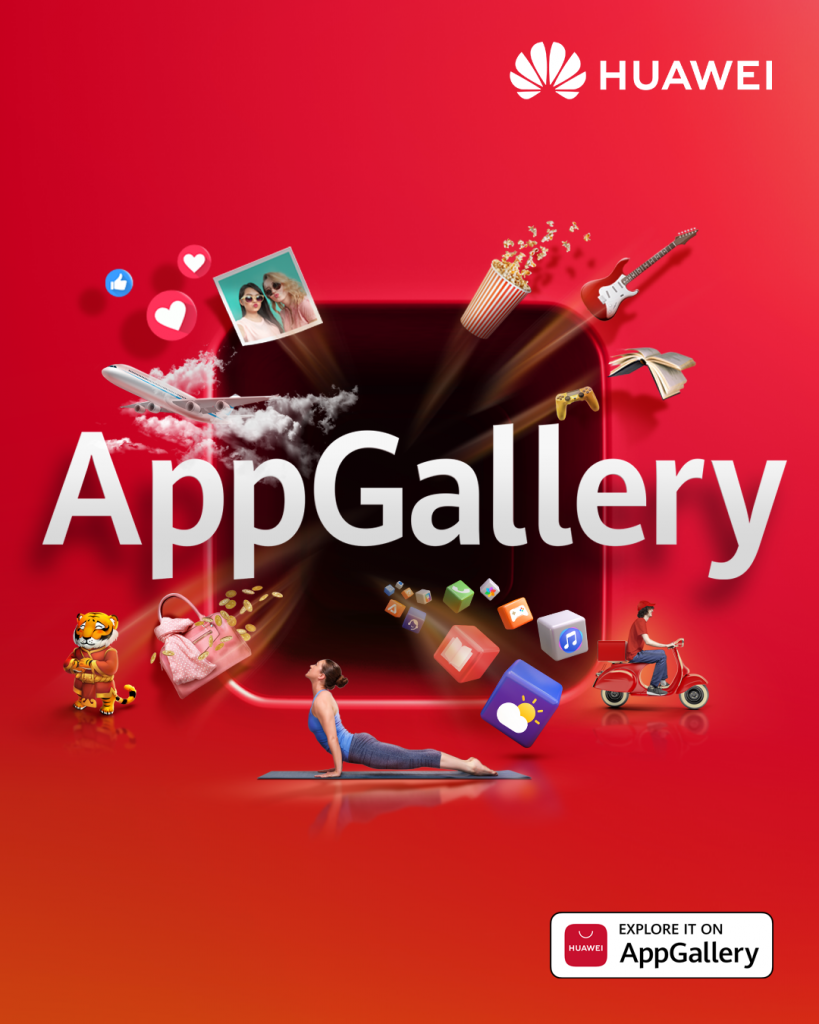 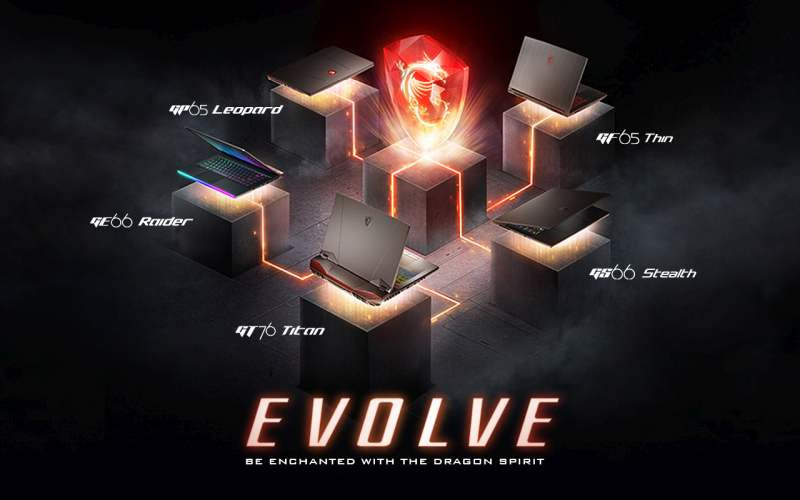 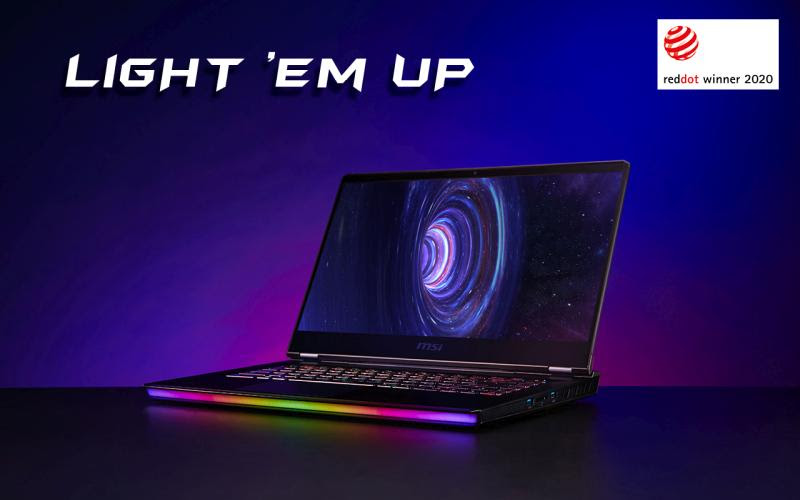 Hong Kong, March 31, 2020 — Xiaomi Corporation (“Xiaomi” or the “Group”; Stock Code:1810), an internet company with smartphone and smart hardware connected by an Internet of Things(“IoT”) platform at its core, today announced its audited consolidated results for the year ended December 31, 2019.

Xiaomi Founder, Chairman and CEO Mr. Lei Jun said, “Despite headwinds from the Sino-US trade war and global economic downturn, Xiaomi stood out in 2019 with a commendable set of results as our revenue exceeded RMB200 billion for the first time. We also celebrated several key milestones, ranging from the successful launch of our dual-brand strategy as Xiaomi and Redmi are spun-off and independently operated, the affirmation of ‘5G+AIoT’ as our strategic roadmap, to our inaugural entries into the prestigious ranks of the Fortune Global 500 and BrandZ’s Top 100 Most Valuable Global Brands.”

“While the entire world is still under the dark shadows of COVID-19, we have maintained our keen focus on efficiency to tide over this economic ‘black swan’ with everyone. At Xiaomi, we firmly believe that our long-term business success is underpinned by technological innovations, and to that effect, we plan to invest RMB50.0 billion in the next five years, as we relentlessly focus on technological innovation and user experience to grow our loyal Mi Fan base. Overall, we remain committed to using technology to connect and improve lives everywhere in future.”

Multi-Brand Strategy Off to a Good Start

Since January 2019, Xiaomi and Redmi were separated into two standalone brands to operate, and the dual-brand smartphone strategy has made solid progress during the year. The Redmi brand continued to pursue the ultimate price-performance ratio across different price points and make innovative technologies readily accessible to the mass market.

According to Canalys, the Redmi Note 7 was the best-selling smartphone model among all models made by Chinese companies in terms of global shipments in 2019.  In December 2019, Redmi launched its first 5G smartphone, Redmi K30 5G, with pricing starting from RMB1,999, making it the first 5G smartphone priced below RMB2,000, accelerating the adoption of 5G smartphones by a larger population.

The Xiaomi brand, on the other hand, focuses on pioneering advanced technologies and successfully established a solid foothold in the premium smartphones segment. It launched the flagship 5G smartphone models the Mi 10 and Mi 10 Pro in February 2020. The Mi 10 Pro received the highest scores from DXOMARK for overall camera, video and photography performance.

In 2019, the average selling price (“ASP”) of the Group’s smartphones increased by 2.2% year-over-year. and the gross margin of the smartphone segment increased to 7.2% from 6.2% in 2018. In 2020, Xiaomi will continue to focus on 5G smartphones development and strengthen its presence in the premium smartphones segment, which will lead to further ASP expansion.

In 2019, the annual Xiaomi smart TVs shipments in mainland China exceeded 10 million units, which is believed to set an unprecedented result in China’s TV industry. The global TV shipments reached 12.8 million units, up 51.9% year-over-year. According to AVC, Xiaomi TV shipments ranked first in mainland China and fifth globally in 2019. Xiaomi also ranked first in India in terms of smart TV shipments for seven consecutive quarters as of the fourth quarter of 2019, according to IDC.

According to Canalys, Xiaomi was the world’s largest smart wearable device (including smart watch and wristband) brand in 2019 by shipments. Besides, Xiaomi’s IoT products won over 50 renowned design awards around the world in 2019.

Nearly Half of Total Revenue from Overseas Markets

In 2019, Xiaomi’s revenue from overseas markets was RMB91.2 billion, up 30.4% year-over-year. In the fourth quarter of 2019, overseas revenue grew 40.7% year-over-year to RMB26.4 billion, accounting for 46.8% of total revenue. Currently, Xiaomi products are present in more than 90 countries and regions around the world. According to Canalys, Xiaomi’s smartphone shipments ranked top five in 45 countries and regions in 2019.

In the fourth quarter of 2019, Xiaomi was the largest smartphone brand in India by shipments for ten consecutive quarter, capturing a market share of approximately 28.7%, according to IDC.

In the Western Europe, Xiaomi continued to expand market share. According to Canalys, Xiaomi smartphone shipment in the region grew 115.4% year-over-year in the fourth quarter of 2019. Its smartphone shipments in Spain, France and Italy grew by 65.7%, 69.9% and 206.2% respectively.

In 2019, Xiaomi’s overseas IoT revenue grew rapidly, driven by the robust sales of the best-selling IoT products in overseas markets, including our smart TVs, wristbands, TWS earphones and electric scooters.

Xiaomi continued to make progress in diversifying revenue sources for Internet Services. For the fourth quarter of 2019, its Internet Services revenue outside of advertising and gaming from mainland China smartphones(including those generated from the Youpin e-commerce, fintech, TV internet services and overseas internet services) increased by 112.6% year-over-year and accounted for 43% of total internet services revenue, driving the growth of the internet business. In the fourth quarter, advertising revenue and gaming revenue were RMB3 billion and RMB874.4 million respectively, up 17.8% and 44.4% year-over-year respectively.

In early 2020, the COVID-19 epidemic spread across the world, Xiaomi experienced temporary disruption in production in February and March 2020, but the production capacity has since recovered to 80% – 90% of normal levels.

For mainland China market, during the peak of the outbreak, Xiaomi’s offline sales were affected as most of Mi stores were closed or operated at shortened hours with significantly lower customer traffic. However, due to its advantages in online channels, Xiaomi is relatively less affected.

For overseas market, with a strong global foothold and continuous expansion into new markets, Xiaomi remains optimistic about the long-term potential of the overseas markets.

As of December 31, 2019, Xiaomi had invested in more than 290 companies with an aggregated book value of approximately RMB 30.0 billion. In February 2020, Roborock, one of Xiaomi’s investee companies, was successfully listed on the Science and Technology Innovation Board of Shanghai Stock Exchange (“STAR Market”) in China, becoming its first ecosystem investee company to list on the STAR Market. By expanding the ecosystem, Xiaomi will accelerate the rollout of new complementary products and services, enabling the Group to grow its user base in mainland China and globally.